It’s been almost two years since Yungblud last toured the United Kingdom. His new ‘Life On Mars’ tour is set to remind us why he’s still at the top of his game.

Opening for the artist is Liverpool act STONE. A real ‘balls to the wall’ band with huge energy, whipping the crowd up for the night. Their infectious presence got everyone moving and bouncing. Keep an eye out for these guys, I think they are going to be around for a while.

Time to take a rest, and bring the vibe down, Renforshort, seduced with her pop-infused hits and mellow vocals. Being that calm before the storm, she managed to keep the momentum going. This includes her own take on the Gorillaz hit ‘Feel Good Inc’, which felt fresh and definitely hit the indie ear differently from the original.

With the crowd ready, raving, chanting, it was time to begin. That was when everyone was greeted with a projection of a pair of plump red lips, reminiscent of the intro to the Rocky Horror Picture Show to announce that the show was ready to begin… This was when the lights went up, the curtains dropped, and Liverpool was ready to party with Yungblud.

Starting the set with ‘Strawberry Lipstick’, the leading single from his second album Weird!, Yungblud – real name Dom Harrison – was already in full swing with his trademark bursts of energy. Jumping, singing, screaming; and exploring every inch of the stage, like a Scarlett Tasmanian devil.

The night was dominated by tracks from Weird!, which to some may be seen as less than ideal but it was magical and mysterious. YB released the record during the downtime of the pandemic, which prevented the tour – when the whole world stopped turning. So the excitement and reborn freedom radiate bright and loud as he performs live. One of the most fascinating performances of the night was ‘mars’, which has become one of the most meaningful tracks to himself and his fanbase. Written about a transgender fan Harrison had met in the past, it was an emotional period where everyone bonded, no matter how they identified.

If there’s one rule at a YB show, it’s you can be who you want to be; you can love who you want to love, and you can identify however you want to identify. It’s always laughable to say a concert is a safe space but for his fans, collectively dubbed the Black Hearts Club, it’s a home and between them and himself, it’s not an artist and his fans. It’s truly a family and the love is there. Love was thicker than air that night, and no one would have it any other way.

A special moment of the night was when YB performed a long-time live favourite, for the first time in this touring cycle. Teasing the intro with his drummer, he went into ‘Ice Cream Man’ a hit that he’s performed live countless times over the years but only put out for release last year. It’s surely one that gets everyone going, as it’s a song that unites everyone who has seen him before. Whether it was in 2018, 2019, on his digital tour in 2020, or that very night, everyone knows the history behind the song and why it’s so important it’s played. Fingers crossed it becomes a show staple again, as there is no true YB show without ‘Ice Cream Man’.

As it reaches the end of the night, YB goes into the old trustworthy closer of ‘Machine Gun (F**k The NRA)’. A favourite from his debut record, it’s been his closer for years now and is what allows for the show to end with a true bang! Demanding circle pits, chanting “wider, wider, wider”, there’s no winding down or calming or relaxing. It’s time to go until the very end!

YB is a non-stop machine, fuelled by love and energy, and pure music, and he single-handedly created this brand new planet for everyone that only exists during his gigs. So next time someone asks if there is life on Mars, tell them there is, I was there. 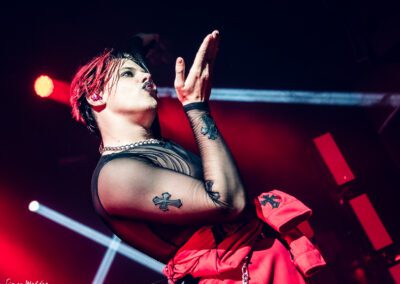 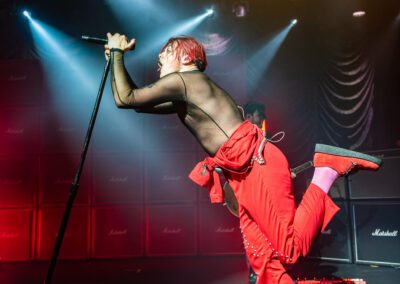 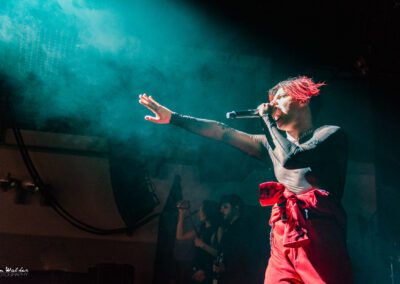 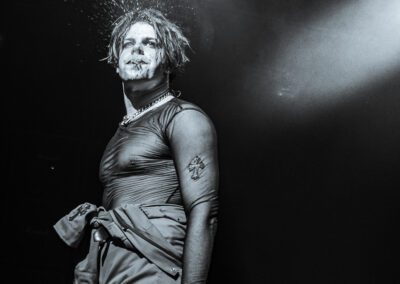 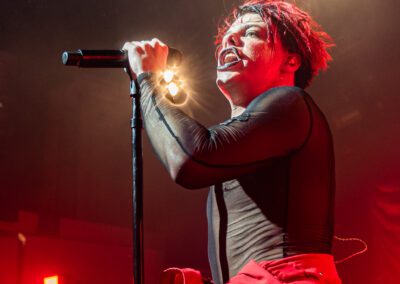 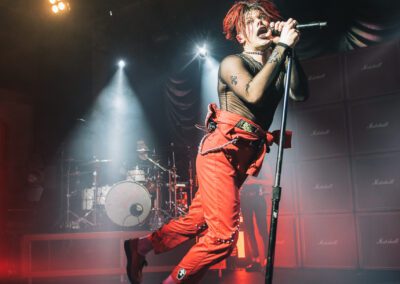