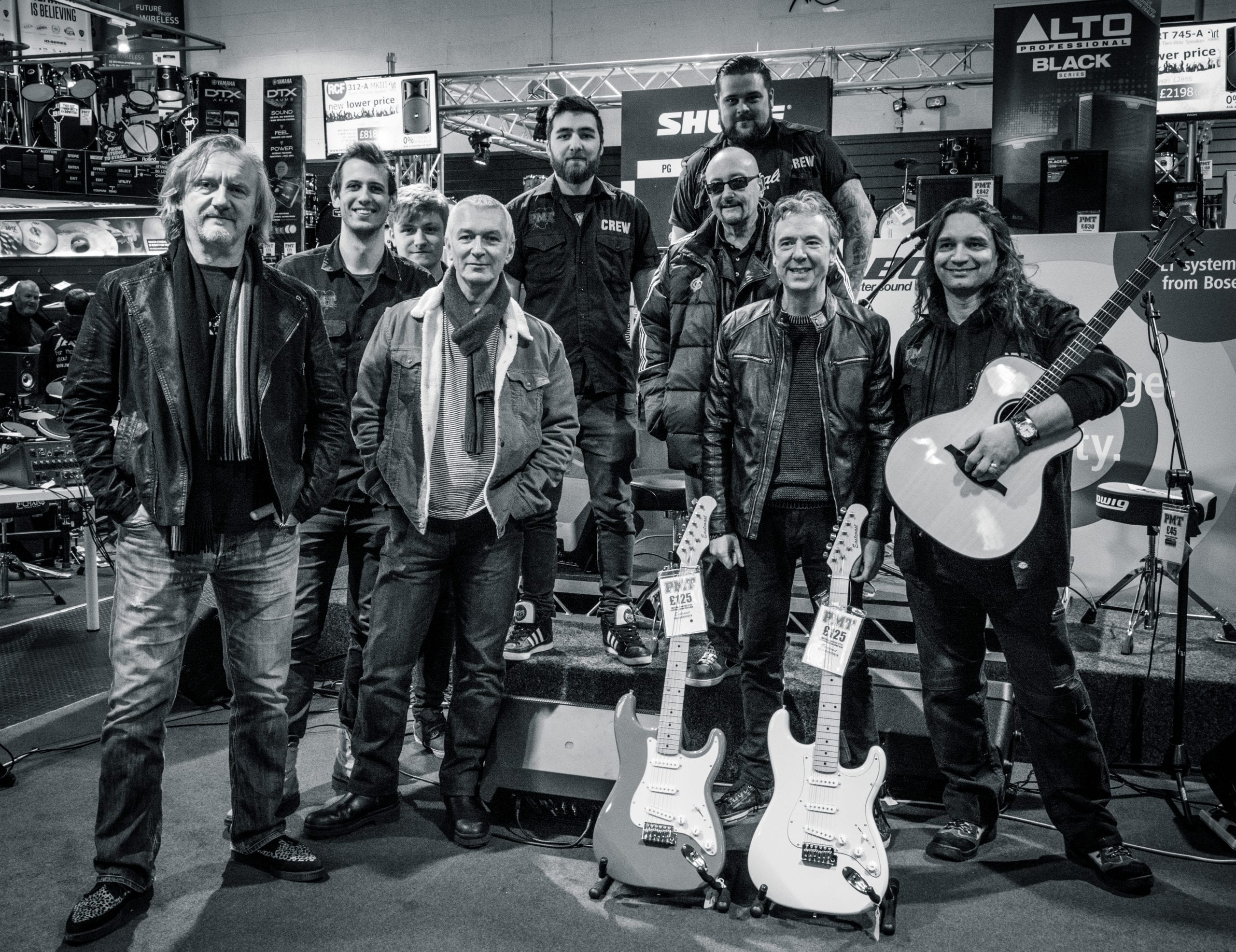 In 1989, Thunder burst onto the scene with their hard rock debut album “Backstreet Symphony’, which hit number 21 of the album charts.  I was introduced to their sound by a friend and was instantly hooked, especially by singer, Danny Bowes powerful yet effortless soaring vocals.

Having followed the band from the beginning, when I first started to explore gig photography, I hoped maybe one day I’d get a chance to photograph them in action. That very same year I had my chance, not only that, it was to be at an intimate setting too.  Needless to say, my mind was blown.

The band had initially split in 2009, so this gig was to promote their comeback album, Wonder Days, which saw them return to form with their distinctive, if not more mature sound in 2015. The band was playing at the Arena in Leeds that evening but prior to this, Thunder would perform an instore acoustic gig at  PMT a musical instrument retail superstore, which often holds music and promotional events. It had been ticket only entry I did everything I could to blag my way into to shoot the gig, as I had missed my chance to secure a ticket.  Thankfully after some pathetic begging, Ash, the then store manager agreed to let me in, in exchange for the pictures, which they could post on their website and social media – Deal!

It was showtime the band was late, in my naivety I figured this was to build excitement, however, they weren’t even in the building! It later turns out they simply got lost on route. They arrived and walked in through the main doors, just like regular punters.  Full of apologies and with instruments their in hand they made their way to the stage.  I was stood next to their set up, camera ready as Danny, Luke, Harry and Ben excusing themselves, brushing past me to take their seats, I think this was my first and only time I’ve ever been starstruck.

The performance began and it was one of those goose pimple moments, yet despite everything that I had been building up to, I can’t actually remember the show, I was so focussed on getting the shots – this is something that hasn’t changed to this day. I rarely remember any of the gigs I’ve photographed, though I’m sure any performance photographer will probably tell you the same.

There is a clip on YouTube of their opening song Black Water, including a sneaky cameo by myself which you can see here

The set ended and the guys mingled with their fans for a very informal meet n greet. After that, I managed to take some snaps of the band before they had to dash over to the arena for soundcheck. They say you should never meet your heroes, but in this case, that wasn’t so.

Later that year, came the release of All You Can Eat, a DVD package featuring two live gigs, and Wonder Days  – The Film, a feature length documentary telling the story of their reformation and the journey back to the studio, to record Wonder Days.

The film featured shots I’d taken from the PMT show, as a Thunder fan, this was a peak moment and so short into my own journey too. Amazing.

Shortly after this gig, I reached out to another one of my inspirations and fellow northerner Kevin Nixon having followed his work in Classic Rock Magazine and online.  Kevin has photographed and toured with some of the biggest names and bands in music.  I was blown away when he kindly responded to my email with feedback on my images, as he’d previously worked with Thunder. He also offered tips and advice moving forwards in music photography.  I still peck his head for advice to this day, five years on!  For this, I’m eternally grateful, although I’m not so sure he would say the same. 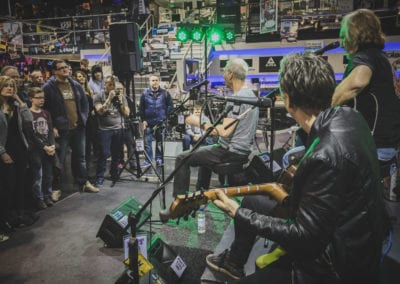 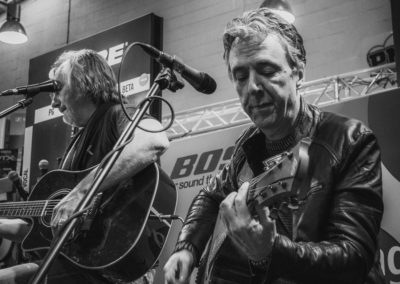 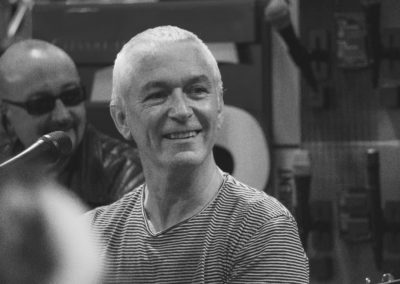 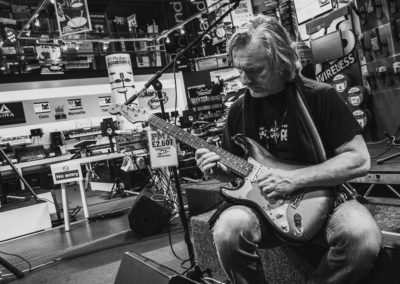 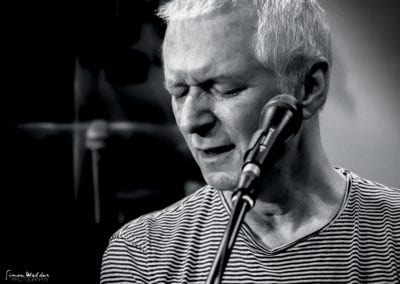 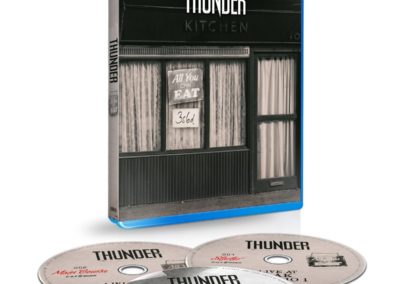