And so it begins..

It’s been five years since I started this journey into music photography and so I figured it was about time that I had a website allowing me to document it properly.  As much as I use Instagram and keep my Facebook page updated when it comes to selling yourself, a portfolio website says a lot more about you – or at least I hope it does!

Coming from a background in radio, I was fortunate to work with some really cool artists and entertainers though regrettably, I never took the opportunity to photograph anyone I met, but then again I guess that may have been a little too weird perhaps, especially as it wouldn’t have been in any official capacity.

In the beginning, I used to shoot mates in locals bands, etc, but my first ‘official’ gig shoot opportunity was with GUN during their Frantic tour at The Duchess in York,  (don’t bother looking for it, it’s not there anymore). Frantic was my reintroduction to the band having ‘lost touch’ for a few years. What a brilliant album, for me, one of their best.

GUN are a Scottish rock band, which I’ve followed since back in the early nineties. After their split in 1997, they reformed in 2008 with little Angels frontman Toby Jepson.  My path briefly crossed with the band in 2010 when the radio group I worked for at the time launched a new radio Station In Manchester, Rock Radio 106.1. There was a free concert in the city to celebrate launch day and GUN headlined alongside Bad Company on the day.

Back to 2015, I chanced my luck by getting in touch with their management at the time and despite having just an entry-level camera and kit lens, no track record or any real portfolio to speak of, I was kindly granted photo access, including the soundcheck in exchange for the shots taken on the night, this was my currency as it were. I’ve been lucky enough to reshoot them since with bigger shows in bigger venues.

Nervous and excited not really knowing what to expect, I turned up to the venue with my camera, and there they were, in their full down to earth Glaswegian glory. With the new line up including Dante now on vocals and Jools still by his side, with their reinvention,  the core sound still sounds great as ever before.  After a few short greetings and handshakes, the soundcheck was done, now to kill time by rehearsing the show in my head in terms of settings and angles, plus a chance to get some food.

Come showtime I found my position in a small cramped space between the stage and the barrier, cranked the iso as high as I could possibly get away without destroying the shots and did everything I could to get the shots  – what a buzz, from that moment on I was hooked on the adrenaline that only comes shooting a live show situation.

The Duchess was a smaller music venue with a capacity of 500 or so, what it lacked in size more than made up for in character and atmosphere.  The stage was big enough for the band to perform and freely move around. The stage lighting was also spot on, a lot of smaller venus lack brilliant lighting as far as shooting a show is concerned. (poor lighting is an ongoing beef with many photographers)  Dante and the boys delivered a fantastic set performing tracks from their new album as well as the older classics.

Looking back on the shots now, apart from one or two at best, they were terrible, absolute rubbish!  However, they still hold up in my mind as the day I popped my cherry.

Five years and many gigs later, I hope I’ve improved a little and with a few publications now under my belt, discovering new music and meeting new people along the way, it doesn’t get any better than this.

Now with the launch of the new website, it somehow feels more official, though still finding my way and always learning! 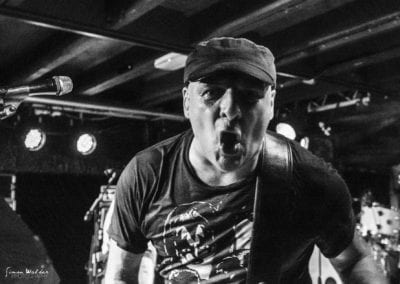 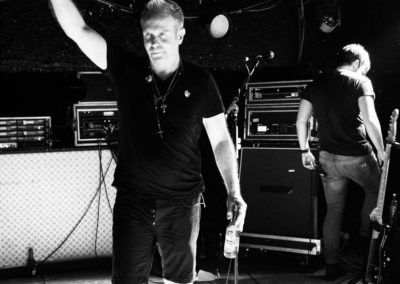 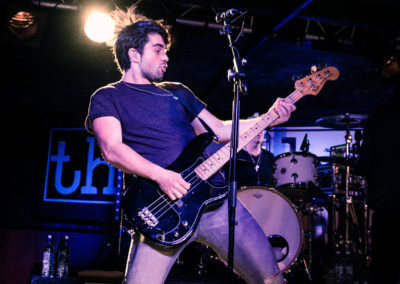