The first time shooting a gig in the pit 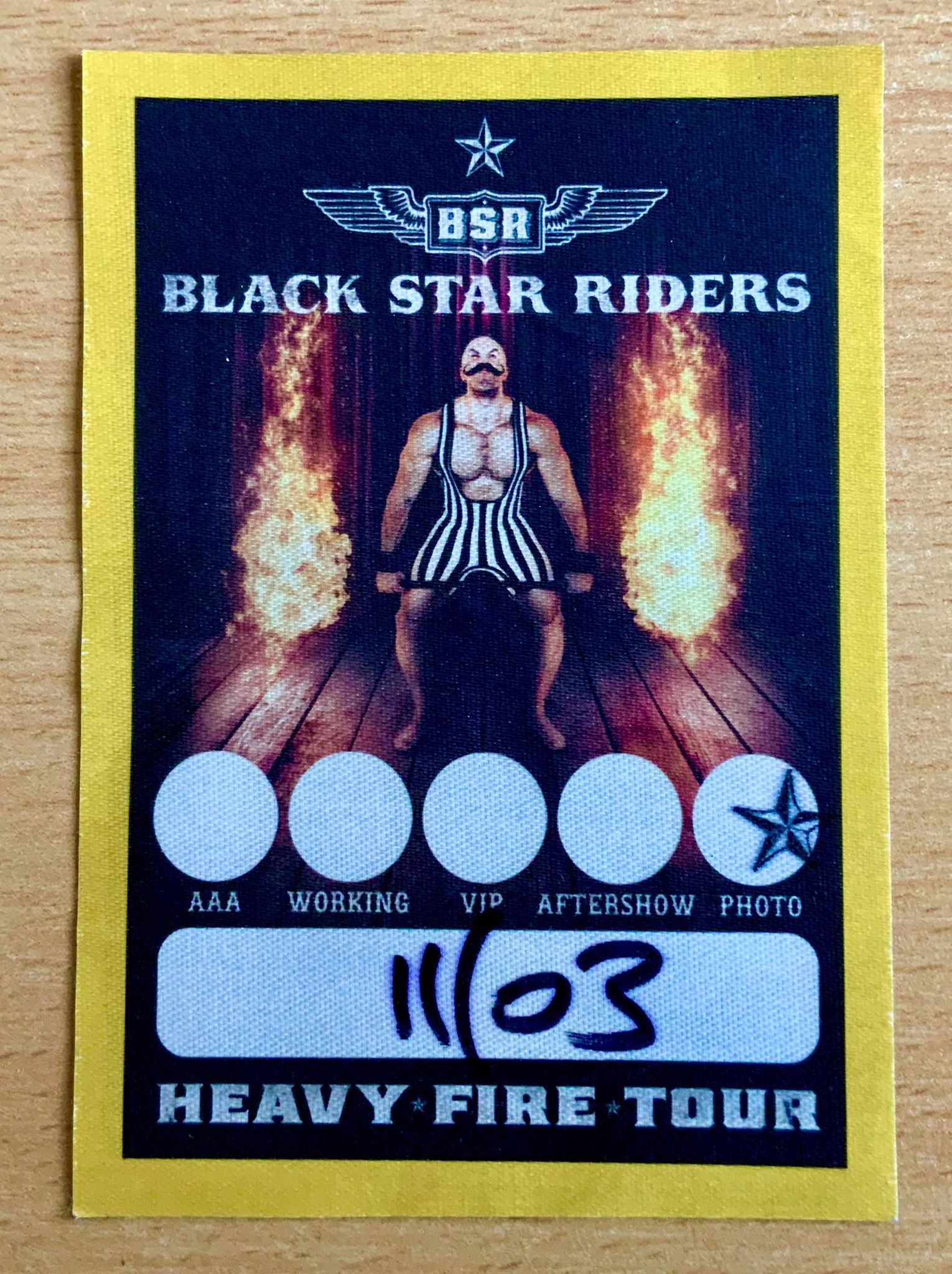 For two years I’d been shooting bands in pubs and clubs. 2017 was the year I had my first real ‘official’ pit experience in a much larger concert venue. The Leeds O2 Academy which holds up to 2,300 people.

Black Star Riders were headlining with GUN as the support. Having not shot them since that first time in 2015 I used my contact to request a photo pass for the night, in exchange for a selection of shots taken from the evening.  For those who maybe be looking to explore gig photography, this can be an excellent currency to gain access to shows; some may argue that you’re not putting a value on your work, at this point though I really didn’t care about any of that. Building a portfolio and experience was all that mattered, besides, it’s also a great night out.

I remember walking towards the venue and seeing the huge line of people waiting to get in, the queue seemed to go on and on, I realised in that moment, this was going to be a milestone in my journey. I’d been to the Academy a few times before, it’s a brilliant venue. As instructed, I picked up my photo pass from the box office and entered through a side door that led into the venue. It was the same feeling you get when you go to see any gig.  Then the butterflies started.

I’d made my way down the front and was greeted by the pit security. (The pit is the space between the front row and the stage, where photographers/videographers hang out and shoot. Access is only allowed with an allocated photo/media pass) A guy called Bob was in charge of the pit that night, and our paths have crossed many times since. Always be respectful to the security guys, I’m sure they never forget a face, especially if you’re a dick.

I was reminded that there was strictly no flash and I was only allowed to shoot the first three opening songs of the set (roughly 15 minutes) this was a new one on me, up to this point I’d usually shot the full gig.  This is standard for most shows, one it allows the paying punter to enjoy the show without having their view blocked, plus the band or artist doesn’t want to be distracted by an army of photographers following their every move up and down the pit for the whole performance.  The show is a connection between the fans and the band, rightfully so, photographers are not a requirement or important factor in the experience – so respect the rules.

Cutting to the chase, minutes to show time, I found my starting position in between the other photographers that were sharing the pit. Some shooting for press, magazines and online publications, many of them had multiple cameras each fitted with a different lens, it was quite an intimidating situation. Despite myself no longer having a medium level camera, (I now own a higher spec body, more suitable to handle this kind of shooting environment), I only had one camera, but two lenses (24-70mm and 70-200mm). Changing lenses mid-set, whilst in the dark is not something I’d recommend or a way to make friends should you trip anyone up.

The PA faded, the house lights dimmed, the crowd roared and the adrenaline quickly took over my senses. As the lights filled the stage the guitars kicked in, GUN made their entrance. This was the first time I’d ever been this close to the stage during a show of this size, let alone with a camera in my hand. Everything I thought I’d learnt about shooting disappeared. This environment was completely different in regards to space, lights, etc.   At first, after quickly checking my shots everything was so overexposed. I quickly recomposed myself and my settings, remembering everything I’d researched up to that point until I found what worked before carrying on with the first three.  What a unique experience, glancing at the other photographers watching what they were doing and where they were going before I finally found the confidence to utilise the space myself and found the angles to get the shots I wanted.

As expected, GUN performed a fantastic set, Dante, Jools and the lad’s, and new guitarist Tommy Gentry’s energy was on a different level compared to the first show I’d shot two years. Their set both reflected the size venue, production and feeding off the crowd.  This was a completely different shooting experience, as I also had more room (the width of the stage) to play in also it was great fun.

The first three songs ended and yes it only felt like seconds, what an experience, I think I can only really equate it to losing my virginity; a late starter, fumbling around in the dark whilst feeling intimidated and lasting less than 15 minutes.

Something I realised later was the photo pass allows you to shoot each band on the night, again the first three rule applies. As I had arranged to shoot GUN, I didn’t think that I’d be allowed to shoot the headlines, I later discovered this wasn’t the case, an opportunity missed.

Nevertheless, despite the false start, I think I managed to land some really good shots. I met some top guys in the pit that night who were also shooting the show, Mark Ellis, Mike Brielry and Ed Feilding, who I now consider friends 3 years later. Incidentally, Ed Feilding shot the strong man cover for the Black Star Riders Heavy Fire Album

Later in the year GUN released their new album Favourite Pleasures, featuring the single ‘The Boy Who Fooled The World’, which featured a few of my shots from the Leeds gig within the video, this made the experience all the more rememberable. 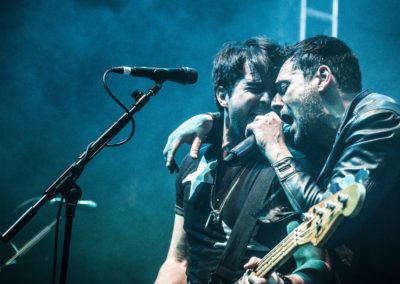 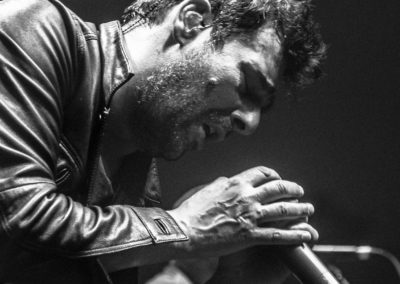 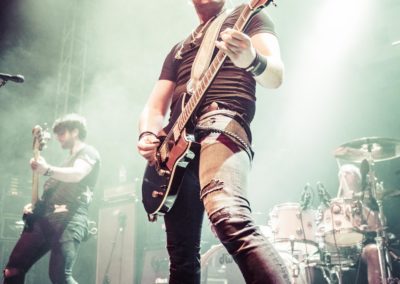 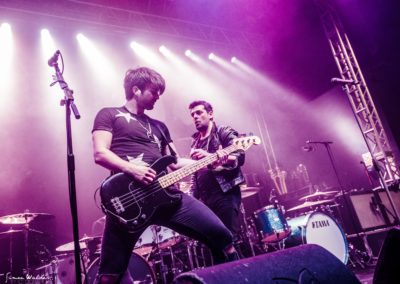 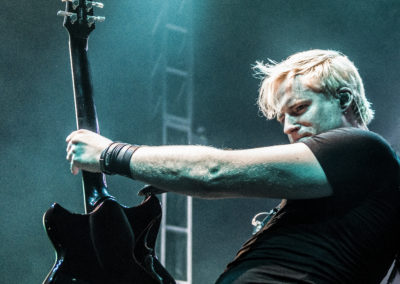 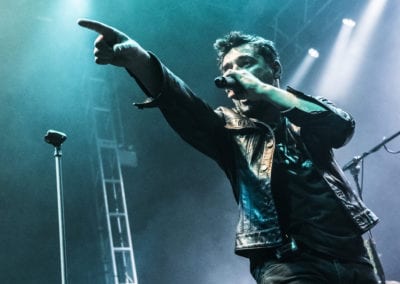 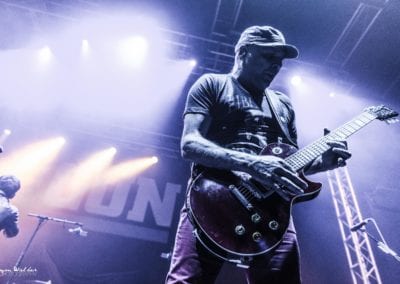 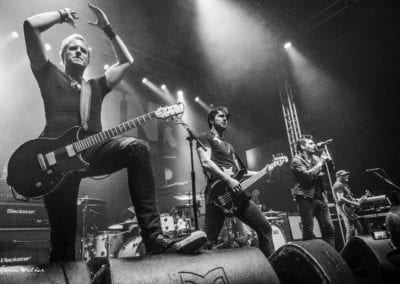 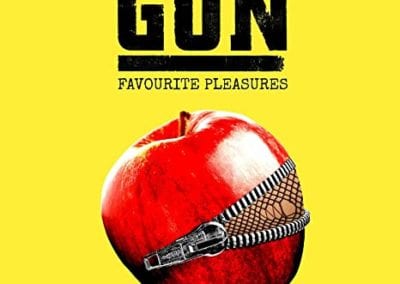 ← Thunderstruck In Leeds Getting an AAA photo pass →