The Dead Daisies, an ongoing collaborative supergroup, formed in Sydney Australia in 2013, by guitarist David Lowy and singer-songwriter Jon Stevens.

The Dead Daisies associated acts include INXS, Guns N’ Roses, The Rolling Stones, Thin Lizzy, The Cult, Whitesnake, Nine Inch Nails, Slash, Black Star Riders, Sass Jordan, The Scream, Mötley Crüe, Bad Moon Rising, Journey, Black Country, Communion!!!!  I think to list and credit all previous members, as well as the bands tour history would be a feature in itself, so for the purpose of this blog, I’ll focus on the current formation.

Since the bands inception and release of their self-titled, debut album,  which was recorded in just two weeks in 2013, creatively, the band has gone from strength to strength. They announced in late 2019, that Glenn Hughes (Deep Purple) would be the latest addition to the bands growing legacy, replacing singer John Corabi.  With Glenn now in place, they released the single Righteous Days, followed by two 2020 singles, Unspoken, and most recently Bustle And Flow, as well as the Lockdown session EP.  January 2021 will also see the release of The Dead Daisies fifth studio album ‘Holy Ground’ which was delayed due to the world events.

I think it is safe to say, that The Dead Daisies are here to stay, keeping their classic rock sound fresh and contemporary. Their sound will continue to evolve with every new lineup, which is part of the appeal of a fantastic concept.

I was honoured when guitarist David Lowy agreed to take part in the Behind the Lens series.

How have you stayed sane during 2020?

It was a challenge in the beginning as we had just recorded a new album and was really pumped to start touring and seeing our fans. I spent a lot of time with my family, which was great and played a lot of music (in isolation).

How would you describe The Dead Daisies as a band?

A musical collective focused on 70s rock. We pride ourselves on being collaborative in all our music and shows and the fact that we’re all friends just makes it even better.

Who or what inspired you to form the band?

I’ve always done music but did very little of it between 2008-2011 due to other commitments. It was a particularly challenging economic environment due to the financial crisis so I couldn’t focus on music. Around 2011, I started to look around to form another band to write and record and it just grew to where we are today. Once the music is in you, it never leaves. It can leave you for a while, but you always go back to it. It’s like gravity pulling you in.

Your upcoming album ‘Holy Ground’ Is due out early 2021 with Glenn Hughes now on vocals and bass.  What can you tell us about the new record?

It’s an amazing new record and we’re super excited about it. It has elements of our classic Daisies vibe like our other albums and Glenn adds another whole dimension as we now have a mixture of American, English and Aussie rock. We can’t wait to start performing it live.

How did the social restrictions impact the recording or creative process of the new album?

Thankfully the bulk of the recording was already done before restrictions were put in place, so the rest of the process was done remotely. We had to get creative with Zoom like everyone else.

With every lineup I assume brings new ideas.  What has Glenn brought to the band?

You’ll have to wait for the new album to find out!

The Dead Daisies have shared the stage with some of the biggest name in rock, Guns n’ Roses, Aerosmith, Whitesnake, Bad Company to name a few. What are your memories from that period?

It’s an absolute privilege to share the music and performance with such talented people. I have nothing but great memories and there are too many to list here.

You have quite a CV, including being the former Australian Aerobatic Champion!  In terms of risks and adrenaline, how does performing on stage compare?

Obviously, the risk in flying aerobatics is life or death if you get it wrong. But in music, it’s much worse. It can be embarrassing if you get it wrong (j/k).  The big difference in music is that you’re in the moment whereas flying requires you to constantly think ahead as you’re traveling as such high speed. If your brain is behind where the aircraft is, the outcome is a lot worse than playing a song badly. Of course, both activities give you an adrenaline high.

During a gig, what are your thoughts on the ‘first three songs and out’ rule for photographers?

Now I know why you guys leave! I thought it was because you didn’t like the show.

When performing, are you conscious of the photographers in the pit?

I’m peripherally aware of the photographers in the pit but because you’re focused on the moment with the fans when performing, they become the lens of the fans, so to speak. The camera captures what the fans see and feel.

Do you pay much attention to any shots you see of yourself or the band on the internet?

Yes of course. No one likes to see a photo of themselves that they don’t like.

The band always has a great stage presence, when publishing or sharing shots, what do you look for in a photograph?

I look for the emotional connection.

How has the internet impacted you as a band?

It has allowed us to reach out to many more fans in many parts of the world that we haven’t gotten to yet.

What’s your thoughts on the smartphone generation during a performance?

I think it has both pros and cons. On the one hand, people get to share their enjoyment instantly to others who are not there. On another, it may feel like they are only experiencing our shows through their smartphones and not fully embracing the full energy (which we’d want them to). Overall I think it’s positive and with the right balance, it brings the energy of the band and all the fans (in-person and remote) together, which makes for a great gig.

During a tour or on an AAA pass, do you prefer your photographers to get involved in the action or keep their distance both onstage and behind the scenes?

It depends on the photographer.

I’d like to think more that the bigger bands closing for us. So I guess the band I’d like to close for us would be AC/DC.

From a bands perspective, do you have any advice for anyone who may get a chance to shoot The Dead Daisies’ show?

Make sure you get along with management.

What’s next for The Dead Daisies?

We’ll be releasing our new album in January 2021 and then hopefully head out with our Get Out of the House tour in Feb 2021. 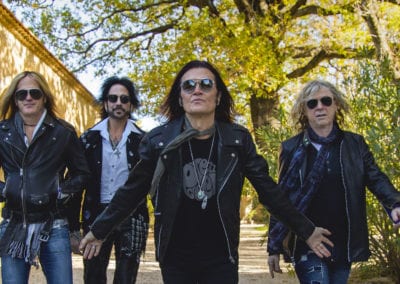 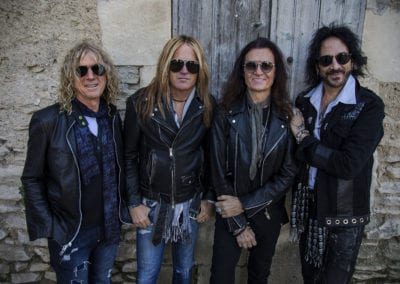 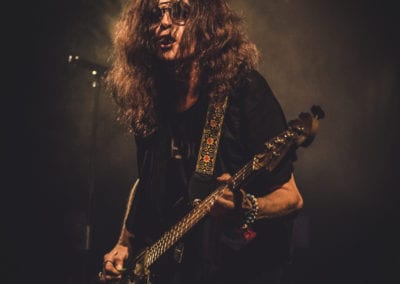 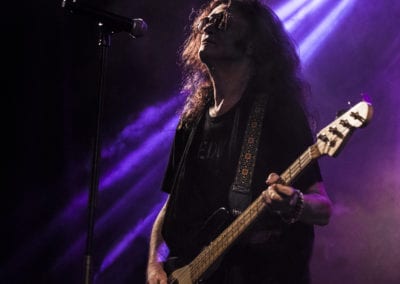 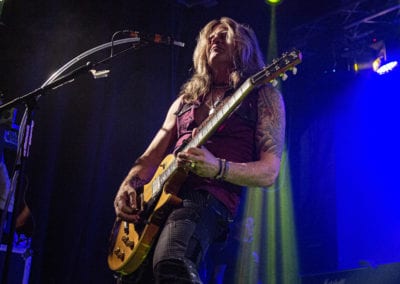 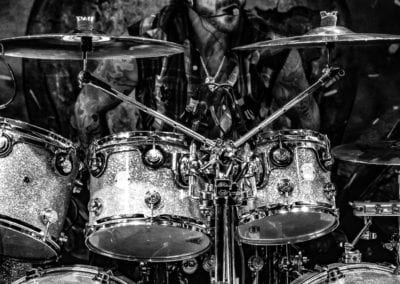 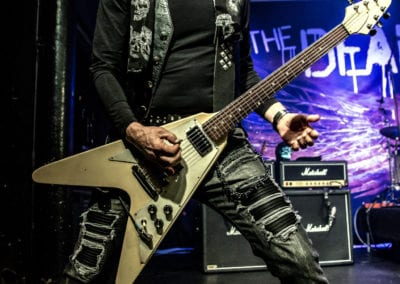