LONA, is an electro/indie band headed by John Clancy.   Born in Liverpool, John, moved to London on a quest to put a band together.  The band met each other online in various music forums – James Phillips, Sam Horvath and Todd Blackmore were coincidentally attending ICMP (The Insitute Of Contemporary Music Performance) despite not actually knowing each other.  The guys came together to form JUDAS, resulting in 7 single releases. A couple of years later, things took a creative turn and John’s solo project, LONA was born.

LONA released three consecutive singles in 2019 on LAB Records, starting with their with the debut Shes With Me followed Shangri La and Not Listening. 2020 saw the release of Black Paradise and their recent single Wonderland on VAM Records. Their long-awaited debut album will be due for release in 2021, which has sadly been delayed, like many other bands due to the current world events.

LONA are not just artists, they are a movement.  A Movement of belonging, self love and of empowerment with a badass attitude to go with it.
Moody, dark pop anthems accompanied with thought provoking relatable lyrics and a live show packed with energy and passion are why LONA are tipped to be one of the most exciting bands to watch in 2020 and beyond – Spotify

John Clancy took the time to talk about to me about all things music and photography.

2020, how have you stayed sane and creative?

It’s being such a crazy year.  I had big plans to tour with some amazing acts and that has been brought to such a tragic halt. I’ve been so grateful for this isolated time when it comes to being creative. It’s also been a time for me to appreciate my own health and the tremendous work that all of those in the NHS have done. I have written some of my best music during the past few months and have had the time to push my sound sonically and create a body of work that I am so proud of. I can’t wait to share with my amazing fans and the rest of the world.

Your songs are incredibly catchy, multilayered and you’re making a huge impact on the scene as a result. Who or what inspired you to create music?

I’ve always loved music. Growing up in Liverpool it’s such a huge part of our culture as a city. I started writing songs in my bedroom in secondary school after becoming obsessed with the arctic monkeys. I used to hang out with my classmate who was an insane guitarist. The plan was to find a singer to sing the songs I was writing and start a band. In the end, I was like, fuck it, I’ll sing the songs. Since my first show, all I wanted to do is play my music for bigger and bigger audiences. I always want my shows to be bouncing and go off!! So I keep this in mind when writing. It is also important for me to express what I am going through in my personal life through my music.  The new body of songs I have created tells the story of a period of my life that we can all relate to. The vulnerabilities and emotions of my life are exposed.

In regards to your electronic multilayered sound, what is the creative process when writing a song?

I write songs all different ways. I usually find I write my best songs on an acoustic guitar or piano and then I take them into the studio and build them on the computer with my production. I’m always making quick beats on my laptop which I just loop and write songs over. I think writing a song over a loop really helps writing great melodies as that is there only way to lift the track when the music stays the same. I don’t prefer one approach to the other but I like to keep it fresh so I mix it up from song to song.

From Judas to LONA, why the change? Did your creative approach change as a result?

As I started to produce more it opened a new world of music for me. I started writing songs with crazy drum sounds and using a million different synths and sounds I’ve never heard before. Once I started this I couldn’t go back to just being in a gritting old band drum. These new songs didn’t translate much to the classic indie band world that Judas lived in, so I decided it was best to just follow the new creative path under a new name.

You recorded your latest single Wonderland at the iconic Abbey Road Studios, tell us about that experience.?

This was one of the best experiences of my entire life. When people say there’s an energy in the building it’s so true. You walk across the famous zebra crossing into the studio every morning and it just makes you step your game up to another level. Recording in the same studio as so many legends (name the legends who have recorded there)  just blows your mind. We recorded a couple of tracks there over the period of a week. We met so many amazing people. One guy archives all of the Beatles material and has hundreds of unheard Beatle tracks locked away there.

Can you tell us anything about your upcoming album?

I’ve written my best songs to date for this album and it all coming together exactly how I envisioned it.  My sound has developed as I think every great artist’s music should. I wanted to reinvent a new Lona sound and build on the solid foundations of the previous releases. The album is vulnerable and honest and doesn’t hold back on any deep deep dark emotions. I think this is really important for me and my fans. I hope these tracks give people the courage to stand for what they believe in and not be afraid to be their true selves. I wanted the album to bring people together and hopefully, soon we’ll be able to share these special moments together when I play them live for the first time.

I think photographers are absolutely essential. Without them, we wouldn’t have documented so many iconic moments in music. Photographs are so integral to the show, especially as an emerging artist. When building your fanbase having these special moments captured and being able to share them with your fans on social media is a great way to build hype and momentum to get more and more people coming to shows and listening to your music.

During a live show, what are your thoughts on the ‘first three songs and out’ rule for photographers?

Being honest I’ve never heard of this rule. I thought you guys were there the entire show!

I’ve always noticed the photographs in action and whenever I come face to face with them I always interact to get some great shots. I don’t know if I agree with this rule there are magic moments to be had through the set. I want these all to be captured so I can share them with the world.

What has been your most memorable show so far?

My most I think it has to be playing the big top Isle of Wight festival. Everything about the show was perfect we smashed it and looked cool as fuck doing it. The crowd was bouncing from the first second. That’s the great thing about festivals everyone’s always in such high spirits. It makes playing a show that little bit more special.

One amazing shot 100%. One great shot can sum up the show, quality over quantity all day long. When photographers send over a link with a few shots on I only tend to use one from each show anyway. I do like to pick which shot but it’s usually pretty obvious what the money shot is.

During a tour or whilst on an AAA pass for a show, do you prefer your photographers to get involved in the action or keep their distance both behind the scenes and during the show?

Most artist photographs are somebody who they know or have worked with before and I think the line of what you want to be captured and not is obvious. I Like including my photographers and making them a part of the gang. I think this is the best way the more comfortable you become with the photographer the better shots you get. If you’re not afraid to try new things you can get great content that is different and engaging. Fans want to see the behind the scenes and I think staging the BTS is not what it’s about. So I think photographers should definitely get involved.

I think it’s something that has to happen I remember once looking at a kid on the front row while I was giving it everything on stage think what could he possibly be looking at that’s better than being in the moment right now. I later found out he was sharing a video of me performing and saying it was the best thing he’d ever seen! So I don’t talk any notice when people are on their phones at shows now. They’re just capturing a great memory.

No, not really. I’ve started to notice that people want real content now. The more raw unedited shots are what works best. Which I think makes it even more difficult to get the perfect picture in its rawest form.

Yes of course I’m always sharing and reposting pictures of myself that people have taken at shows.

When publishing or sharing live shots, what do you look for in a photograph?

I personally like the shots which capture me and the crowd all going mental. One of my favourite shots ever was of our last London Show. We had a stage invasion I am at the heart of the chaos. That picture told the story of such an amazing night that I’ll always remember. I like the action shots too. Especially if something happens spontaneously rather than the standard live shots you see over and over again.

Probably The Beatles back in the day! So many crazy screaming fans. Getting to hang out the band after. Imagine opening up for the shea stadium gig. I’ve always loved the Beatles. Their songwriting and innovation are something that in my opinion no other band has come close to.

From a band’s perspective, do you have any advice for anyone looking to start music photography.?

Reach out to as many artists as you can. Don’t be afraid to go and chat with the artist and become friends. Once you build up some good relationships you’ll get invited more and more. I’d also and create your one signature style.  I know this might be tough as everything seems to have been done thousands of times over but making yourself stand out as an individual l will make your photographs stand out from the rest.

Finally, what’s next for LONA?

In terms of live, who knows what going to happen. I can’t want to get back on the road and play some shows and meet all the amazing people who support me and my music. For now, I’m constantly writing and producing. I’ll be releasing some new much very soon. 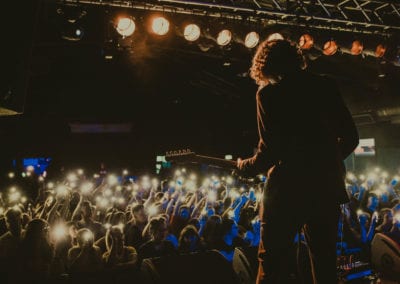 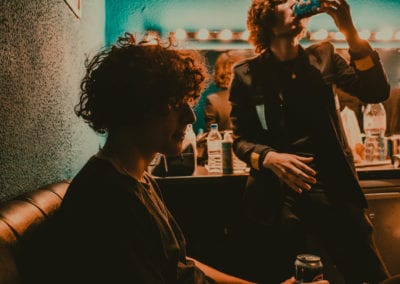 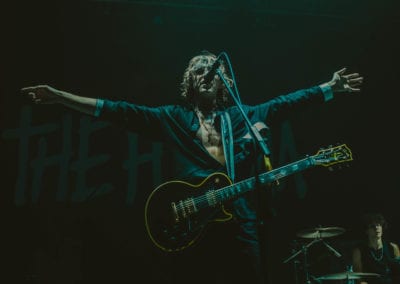 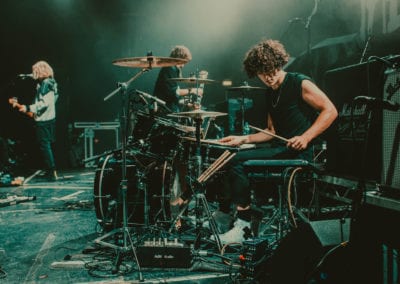 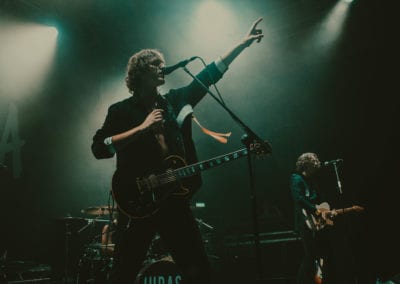 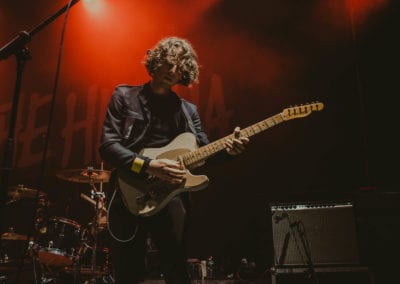 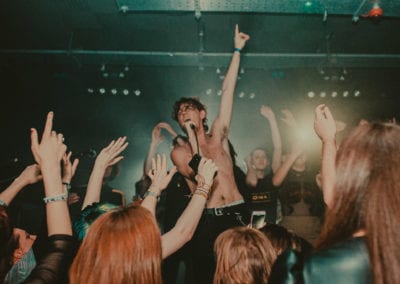 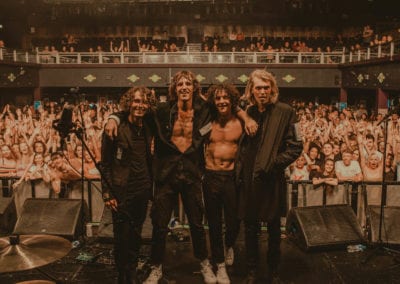 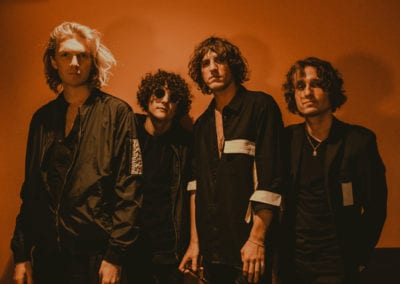 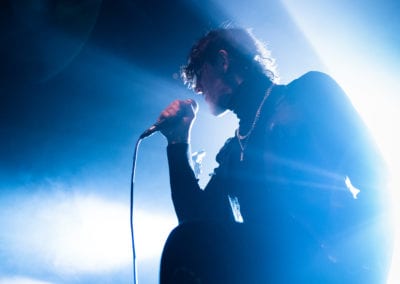 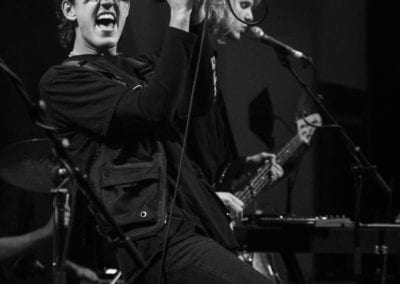 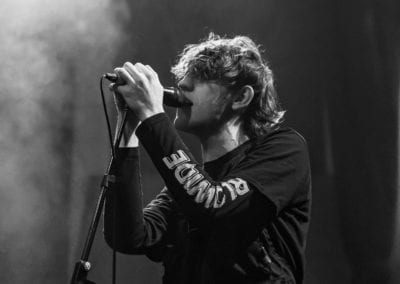 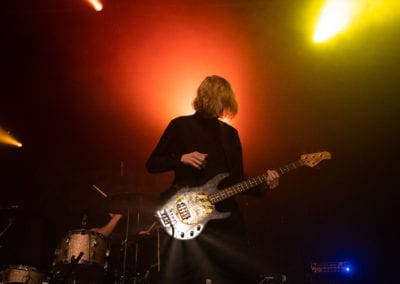 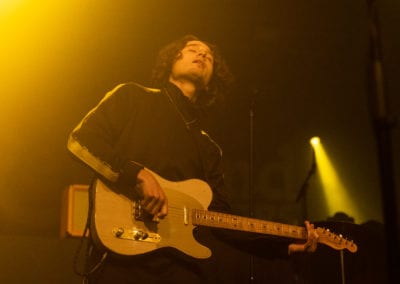 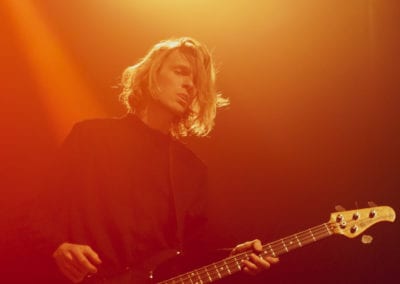 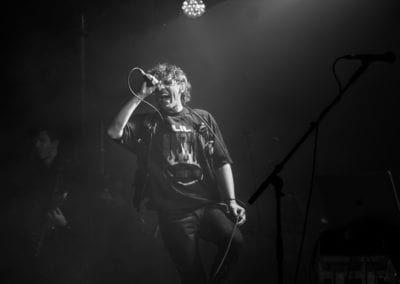