The band was created when members of the touring line-up of Thin Lizzy, including original Guitarist Scott Gorham, decided to record new material, but chose not to release it as Thin Lizzy.  Black Star Riders is considered to be “the next step in the evolution of the Thin Lizzy story”.  Over time, with each new album and change in line up, they have respectfully transformed from their Thin Lizzy roots, carving out their own identity along with their fanbase

The band launched their debut album, All Hell Breaks Loose, on May 21, 2013 and the follow-up album, The Killer Instinct, in 2015. The band’s third album, Heavy Fire, was released in 2017.   2019 saw the release of their fourth album, Another State of Grace which also introduced two new faces, in the form of Chad Szeliga on drums & Christian Martucci on guitar.  The album went straight to number one in the UK Rock and Metal charts.

I shot Back Star Riders for the first time in October 2019, at the Leeds O2 Academy, an opportunity I had thanks to their management. The show was everything you would expect, brilliant production,  loud, energetic and entertaining, with Ricky Warwick taking the fans by the lapels and giving them a damn good shake.

Here’s bassist Robert Crane giving an insight into Black Star Riders and his thoughts on Music Photography. I am delighted that he took the time to have a chat with me for this feature.

How have you managed to stay sane and creative in 2020?

Sanity is relative… Ha!   Staying creative and active in a pandemic has been an interesting venture for all. We recently shot a couple of videos for the new Fighting Hearts record in the California desert that turned out awesome! I also recorded a record with George Lynch’s band Lynch Mob at the end of March when the shutdown started.

We were able to record it live as well as some remote sessions mixed in, it was a challenge.  Remote session is the thing nowadays with most of us having in-home Protools systems giving us the ability to record sessions from home. I enjoy it… Kind of.  :-/

Your latest single ‘Candidate for Heartbreak’ (May 2020) landed just at the right time given the global situation. what was the story behind that release?

Candidate For Heartbreak is a great song with a great message.  When the label proposed it for release we were all about it!  Me being a North American Native of this great land I truly have no dog in the race (left, right, red or blue).  I think there’s good and bad on both “sides”.  I’m about what’s good for our Nation as a whole (not the individual or any one group), and following our Constitution as it was written, not someone’s interpretation of it.

Organized religion has been eaten alive by the drug store preacher (his million-dollar jet) and their skewed views of the good book.  Anything to support their individual point of view.  Madness to the tenth power!

I was lucky enough to shoot my first BSR experience at the Leeds O2 last year with support from Stone Broken, it was a blast.  What has been your most memorable show?

Cool, Stone Broken are a great band! Good guys.   We shot the video for War Machine that day.

I’ve been touring since I was 16 years old, so to nail down any one show or gig would be very difficult. I’d say every show is memorable for one reason or another. Much like the Leeds show and the War Machine video.

I can remember the Fighting Hearts opening for Stiff Little Fingers at the Leeds O2 as well as our 2015 tour there with Europe.   So many life experiences.  They’re all great!

You’re from Orange County, California. How do you think American audiences differ with the UK during a live show?

Although I was born in O.C. I grew up in West Hollywood. The late 70’s/early 80’s music scene in Hollywood was incredible.  You’d have to have lived it to truly appreciate it.

The American and European audiences absolutely share their love for live music.  I’ve had great experiences with both. I will say that Europeans on the whole are loyal to their artist and bands, as Americans tend to go with the current trend and tend to be Taylor Swift today, Billy Eilish tomorrow…

Every member of the BSR complements each other massively on stage, so many dynamics and yet you come together in perfect sync, it feels like there is a real brotherhood within the band. Would you agree?

I do agree.  We’ve all been blessed to have had the opportunity to play with some great musicians in our careers. When we got into the preproduction sessions for the Another State of Grace I think we all felt the energy and chemistry.

Jay Ruston did a great job of capturing it on the live recordings on that record. So when we finally got to present the songs to a live audience we were beyond excited and really working well together. I think we all enjoy each others company and genuinely have a good laugh together.  Killer Instinct also had that chemistry that a group rarely finds…

Whilst performing a live show, what are your thoughts on the ‘first three songs and out’ rule for photographers?

I think that rule has something to do with the band hair and perspiration. I’m not ready for photos in the first three songs, I’m trying to get my ‘in-ears’ sounding right, the angle of my microphone set, my bass amps sounding right, etc.  The last thing I’m ready for is a photo, Ha!

I get why they have that rule, I’m just not so sure it’s realistic.

During ‘the first three’, are you aware of the photographers in the pit?

Yes of course.  They have a job to do and appreciate it, I’m thankful they care to shoot us.

Yes, I think there’s an art to live photography. Before the internet guys like a Neil Zlozower and Mark Weiss captured these wonderful moments in time that inspired generations of musicians.

I’m not terribly picky.  One amazing one is good for me

Whilst a tour or on an AAA pass, do you prefer your photographers to get involved in the action or keep their distance both behind the scenes and during the show?

That depends, while I can appreciate that photographers have a job to do, backstage is our sanctuary and the area that we get our gig on.  Same with the stage, we’re in the moment and have a chemistry with the players on that stage. Adding a new person to that dynamic would throw us all off, including the photographer

Doing ones job, know when enough is enough, and getting too comfortable.  The reality is, the group of musicians, crew, and its management are a travelling circus. We come to town, unload our big rock show, pack it up that night and move onto the next city. While we do appreciate other professionals and what they bring, overstepping ones boundaries will get a quick ticket to the “Fuck that guys seat”.

We’re away from our families, living in a bubble. Sometimes when people try to force themselves on us we push back. It just is what it is.  With all due respect

Do you personally pay much attention to any shots you see of yourself on the net?

Sometimes.  I’m not a look for myself kind of guy. I got into music because of my love and passion for playing music, not so much for all that comes with it

Creativity, capturing the energy and rare moments, I like to see what their perception of our band is

What’s your thoughts on the smartphone generation attending your gigs?

I really don’t mind it,  I’ve worked with some artist that hate it and some that enjoy it. I’ve raised my cellphone at a few gigs myself.

Iron Maiden!  Because they’re badass and Steve Harris is a badass!

Don’t be intrusive.  Don’t rest on the laurels of your last shot.  Don’t linger about.  Take your shots and get on.  Bands love to see the end results, not the process.  Oh, and when doing a posed photoshoot, take control, give direction, there’s nothing worse than a band standing around wondering what’s going on 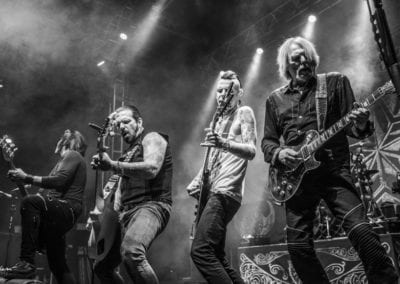 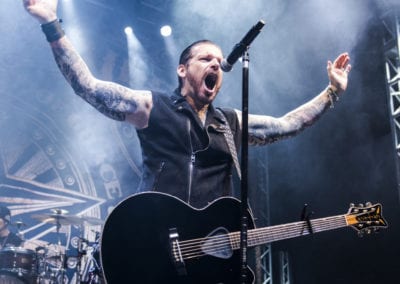 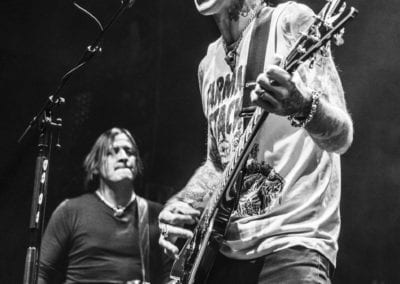 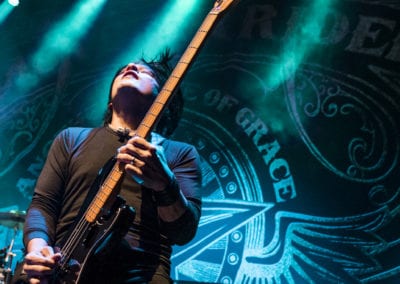 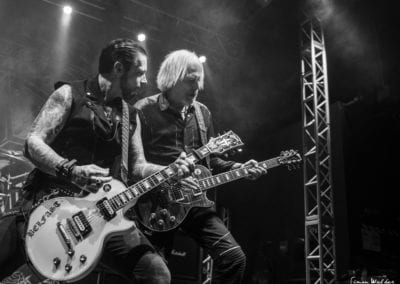 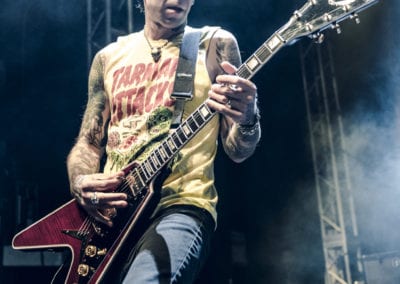 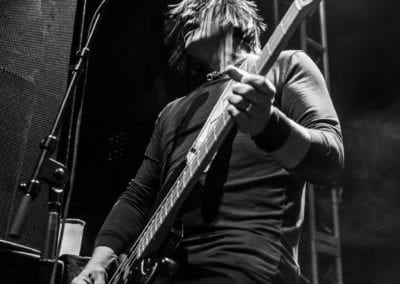 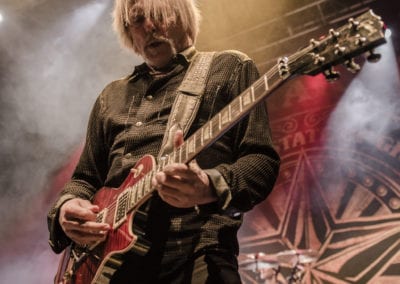 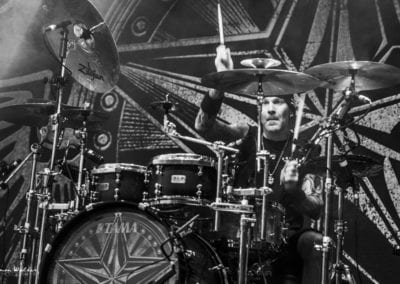 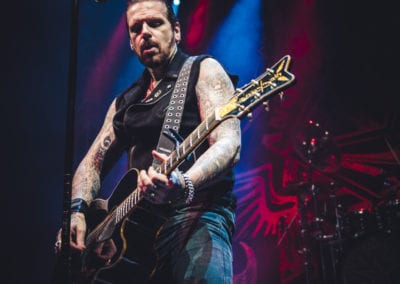 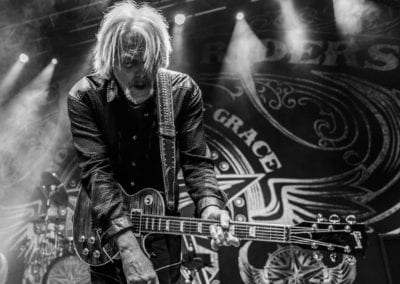 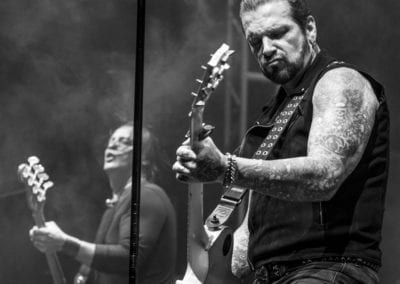 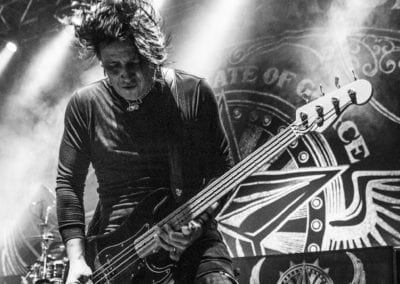