Inglorious, are a British hard rock band who formed in 2014. Taking influences from Deep Purple, Led Zepplin and other greats of the genre, yet they stand alone with their distinctive classic rock sound.  Flamboyant frontman Nathan James, first came to UK attention with appearances on a couple of reality TV shows. He then went on to make a name for himself singing with the multi-platinum selling Trans-Siberian Orchestra, and Scorpions guitar legend Uli Jon Roth.

2016 saw the release their self-titled debut album Inglorious, with their follow up album II in 2017. Changes in the line-up occurred in 2018, bringing fresh blood in the form of Brazilian bassist Vinnie Colla, rhythm guitarist Dan Stevens and lead guitarist Danny Dela Cruz. Drummer, Phil Beaver is still a founder member.  In 2019 they released their third album Ride to Nowhere and on 12th Feb 2021 will see them release their fourth album, We will Ride

I was a latecomer to the Inglorious party, having seen and shot them for the first time at the STONEDEAF festival 2019. I’m not sure if other photographers do the same, but during any post-editing of a bands show, I always make a point of listening to their music.  I feel the music reflects in the process as well as giving me more of an insight into who they are. What better way to start than right at the beginning with their debut album. I was hooked by the middle of the opening track.

After weeks of tagging Nathan James on social media, I finally got a chance to catch up with them, here’s what they had to say…

I was going to kick off by asking how you’ve managed to stay sane in 2020,  instead, please accept my congratulations on having just finished recording your fourth album. What can you tell us about it?

Nathan – Well, it was pretty crazy to make an album during the height of lockdown, it had its challenges for sure but the final result is sonically our best to date. It was the first time the band had a producer involved at every stage of recording and it really has made the songs sound and feel great, I hope everyone likes it as much as we do.

How did the lockdown affect the album recording / creative process?

Phil – Creatively, it didn’t have too big an impact as we’d done the bulk of the “creative” part before lockdown. However, we were restricted to having only three band members at any one time in the studio, due to the size of the rooms. It would have been nice to have had everybody together!

Inglorious has seen many changes in its lineup since the beginning. With so many new dynamics, do you think that you’re now the best version of yourself as a band?

Nathan – All the line ups have been very different and had their own strengths and weaknesses however this is the line up that I am happiest to be a part of. I have never enjoyed the touring, writing and recording as much as I have with this bunch and I hope you can hear that in my performance on this new album.

Vinnie, from direct experience, how do Brazilian / South American audiences compare with a UK live show?

Vinnie – Is actually very different. I would say that the Brazilians are more passionate about live concerts and they sing along, dance and sometimes cry and scream when they see their favourite band on the stage. I love to play for both Brazilian and UK audiences so it’s quite difficult to compare.

You’ve not long since completed your promotional shoot with the brilliant Paul Harries. How much creative input do you have during a promo shoot or is it just a complete collaboration of creative minds?

Nathan – Kinda. I have always overseen the band styling as a whole and this time the shoot was at my parent’s estate in Devon so I had some ideas about what locations I thought would work, however, Paul has such great vision and me and the boys trust him entirely. He makes us look good haha.

Every member of the band compliments each other massively on stage. Dan, Vinnie and Danny come together in perfect sync, it feels like there is a real brotherhood within the band. Would you agree?

Danny – There’s definitely a true brotherhood in this band, everyone looks out for each other, everyone respects each other and most importantly we all really enjoy each other’s company. It’s one thing playing on stage and gelling with people, but it’s another thing having to spend all the hours of the day on tour with people.

During a live show, what are your thoughts on the ‘first three songs and out’ rule for photographers?

Dan – I don’t like the rule, the further into the show I am the more I’m into it, so I feel like they leave the pit as I start to get comfortable. I’d be happy for the photographers to stay the whole show!

Vinnie – At the beginning when I had just joined the band I had no idea about “the first three” but after a few performances I got it.

Nathan – Yes, in the age of social media being able to share great live images shows people what they’re missing out on. We have used these images to promo tours and even on posters. They are important.

At STONEDEAF last year (2019) and you were amazing.  What has been your most memorable show?

Nathan – So far of the bands career I would have to say Graspop last year (2019).  The set was great, amazing lineup, In the backstage area and I finally met my idol, David Coverdale. I will never forget those moments. We watched Whitesnake, Kiss and Def Leppard. It makes you feel so lucky that your love/hobby opens those kinds of doors for you.

Nathan – One amazing shot. I have one of me and Danny from Shepherds Bush that is just brilliant. One of my fave photos I’ve ever seen of us. Really captured the energy and excitement of us headlining that amazing venue.

Phil – I don’t mind photographers coming backstage and hanging out briefly. It’s nice to know who’s out there taking shots. That way you can have a bit of fun, pull some silly faces etc.

Danny – I think social media & smartphones are really powerful tools in the world right now and they’ve connected me with a lot of people I’d have never met or seen before. I think it’s a good thing that people are able to share clips of our shows with others as it exposes our music to people that may not have heard or known of us before.

Dan – I’ll check if there’s some decent shots (I haven’t ruined by pulling stupid faces) for Instagram because it’s always good to have decent material for posting!

I make it my mission to capture the drummer in action, do you think Drummers are always short-changed when it comes to live shots?

Phil – So many photographers tell me how frustrating it is to try and get a decent picture of the drummer from in the pit. Especially when you look at the size of some guys kits!!! As a drummer, if you want to be seen, you just have to make yourself bigger and stand out from the back of the stage.

Nathan – Just that it captures us truly. Nothing too arty or fancy but I love when it captures a funny moment, a smile, a laugh, or hitting a big note. Those are my favourite ones.

Vinnie – Hum, difficult question. I have so many, but definitely I would say one of my favourite bands in the world: Led Zeppelin. Opening for such a great band and sharing the same stage with those amazing musicians would be surreal.

Phil – Just jump in headfirst I’d say. Get yourself a decent camera and try and worm your way in. It helps to know people I suppose… Not really advice I can give haha.

Finally, what’s next for Inglorious and 2021?

Nathan – Who knows?  We are gonna’ be going back into the studio to start another album but we really want to be back touring and playing the new album to people. We miss it so much! 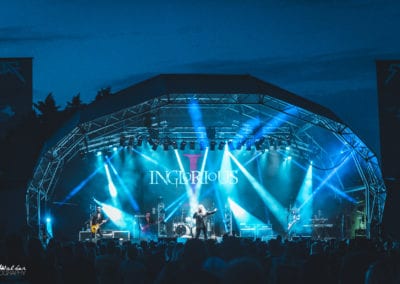 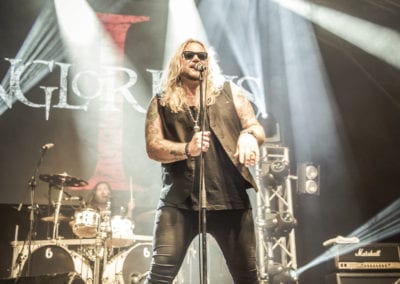 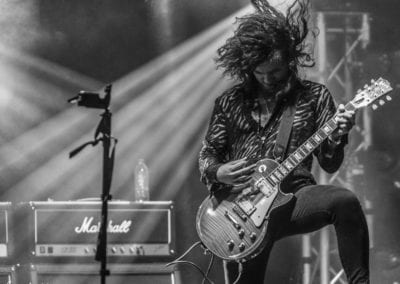 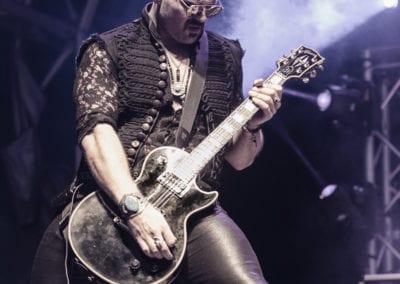 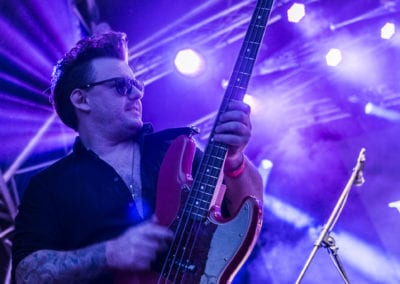 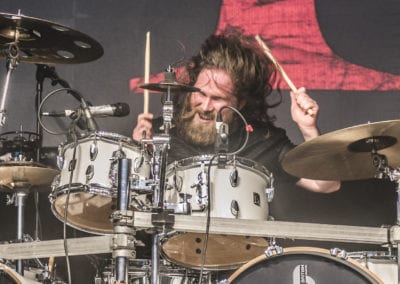 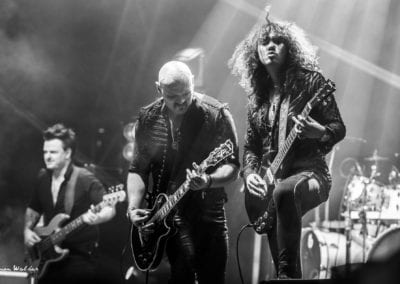 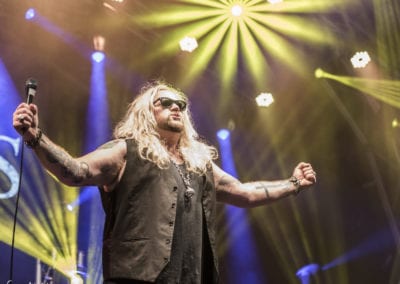 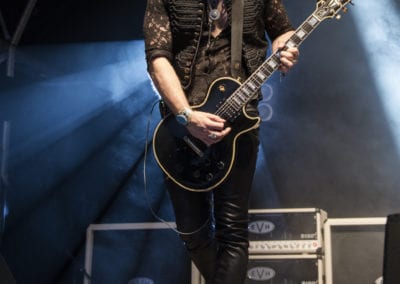 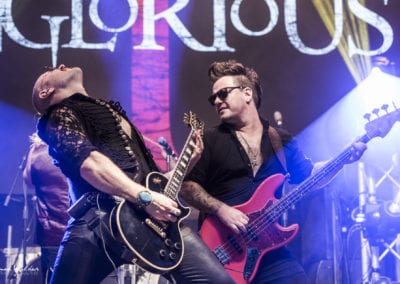 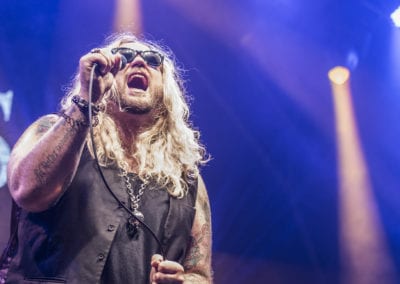 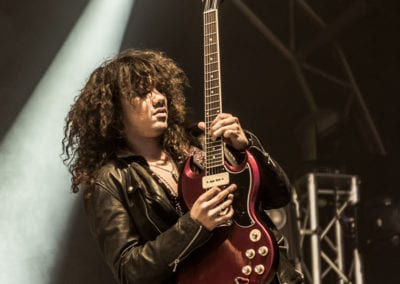 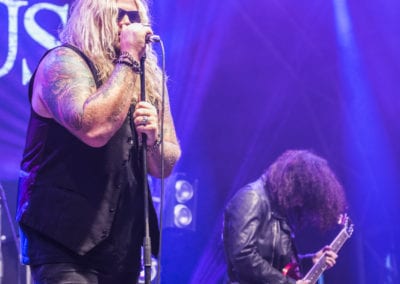