It’s the second night of the long-awaited Thunder Tour with special guests Ugly Kid Joe. Tonight we’re at the Leeds First Direct Arena and there’s no doubt we’ll be in for a great show.

With a different opening band for each night of the tour, we’re in for a treat with Massive Wagons tonight. You know when these guys are playing that it will be a fun-filled set. Frontman Barry ‘Baz’ Mills has bundles of energy and is forever running around the stage or jumping all over the place. When he does stand somewhat still it’s to headbang or address the crowd.

When he does speak to the crowd, he’s personable and completely honest just adding to the charm that this band has. Halfway through he apologises to the crowd that his voice is not at its best but adds that he doesn’t think that matters as we’re not here to see them and his job is to warm the crowd up. However, I think he could well be wrong about that as there are hardly any empty seats in the arena for their set. Massive Wagons Are well known for the incredible energetic performances they put on and tonight is no exception.

With the room now well and truly warmed up for the show it’s time for Ugly Kid Joe to take over. This is my first time seeing these guys and to say I’m looking forward to seeing them is a bit of an understatement. Kicking things off with “Neighbour” the crowd is straight into singing along. It’s not long before Whitfield Crane has the room clapping along and promising to have every single person on their feet before the set is through. The band as a whole may be less energetic than the last however Crane absolutely knows how to keep his audience captive. From the clapping to the cheering to the arm-waving, he keeps the crowd engaged and part of the show. On top of this, he also gets a massive singalong for a cover of “Cats in the Cradle”. The whole band put on an incredible show despite what looked to be some technical difficulties with the drums. Each member of the band also took their moment in the spotlight too as Crane showcased their talents which included some interesting call and response of guitar riffs! Fulfilling promises for the last song the whole arena gets on their feet for a final sing-along with the song we’ve all been waiting for – “Everything About You”. I was expecting great things for this set and it’s fair to say they were met and more as Ugly Kid Joe puts on one hell of a show.

With the lights dimming one last time, the crowd cheers and claps for Thunder to take to the stage. The sound system plays “Thunderstruck” before Danny Bowes and the rest of the band take their places and begin playing “Last One Out Turn Off The Lights”. Bowes has an incredible stage presence from the moment the spotlight hits him and never seems to falter. Before playing “Higher Ground”, he takes a moment to make sure the crowd is with him doing some simple call and response. From the noise in the arena its clear that everyone is focused and ready to fully engage with the band and show. Every time the singing is turned back to the crowd, they really project and each word can be heard clearly as day. Focusing back on the stage, it’s clearly been put together to create an epic show. The backing screens perfectly complement each song while never fully distracting from the band and the lights help to create a great party atmosphere. As the set continues with hits such as “Resurrection Day” and “The Devil Made Me Do It”, both the band and the crowd seem to be having the best night. While the band has a fantastic back-catalog of songs, they also have a recently new album, ‘Dopamine’. This means the set is layered with some of these new tracks mixed in such as “One Day We’ll Be Free” and “Unraveling” which are all treated with a warm reception from the crowd. Throughout all of this, Bowes keeps the crowd engaged getting them to sing along and even jokingly criticising them during “Low Life In High Places” for not doing a good enough job and making them sing some more. A Thunder show wouldn’t be complete however if “Love Walked In” and “Backstreet Symphony” wasn’t played live. Luckily the band seems to be very aware of the hits that their fans want to hear. After “Backstreet Symphony ” it would appear as though the night is over, however, the band has got a few more songs left to satisfy the crowd’s cravings for more. Playing a couple more new tracks with “Last Order” and “Dancing In The Sunshine” the crowd keeps going. There’s only one other song that would be perfect to end the night with a bang and that has to be “Dirty Love”. Ending on such a big song, the fans here tonight can go home happy after seeing Thunder do what they do best.

Having seen these guys play a few years back, I can know clearly remember why this band sticks in your head as such a fantastic live band who never disappoint. Thunder has perfected the formula for putting together a night that you won’t forget in their live show and it’s one you definitely don’t want to miss. 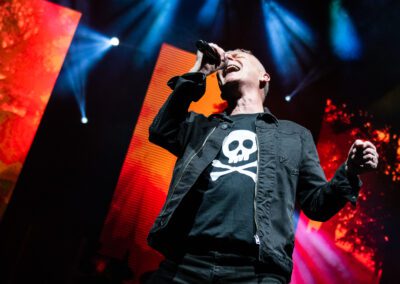 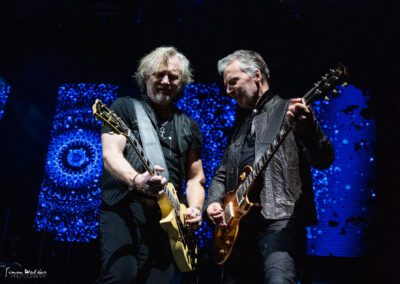 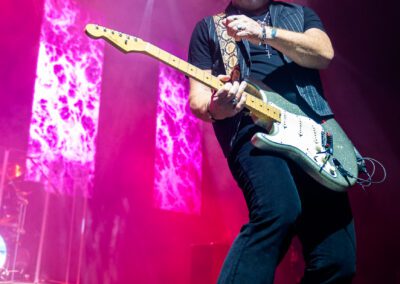 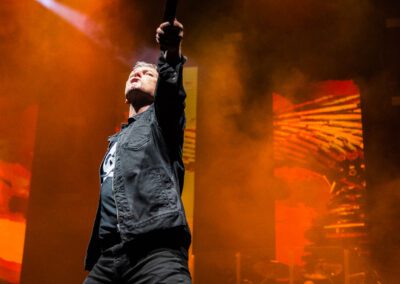 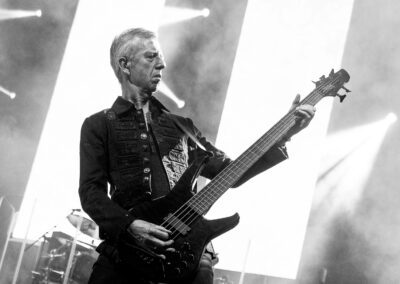 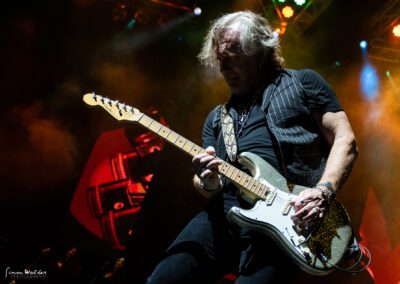 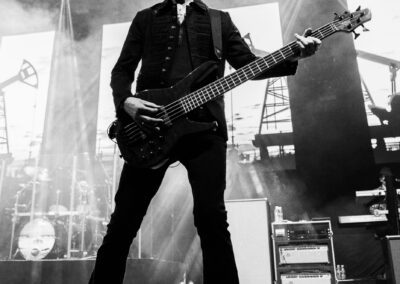 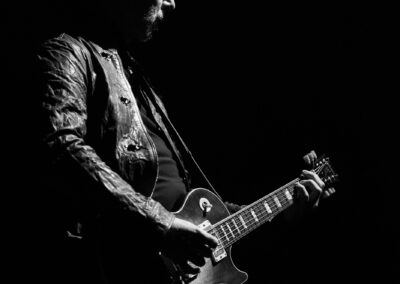 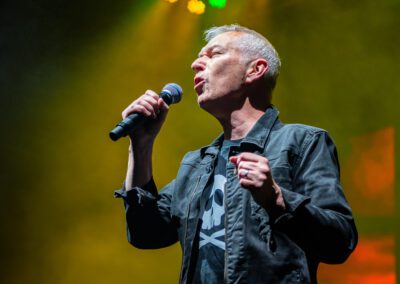