Silverthorne came together when vocalist/guitarist Pete Shoulder (Winterville / The Union / WC Handy Blues Foundation Award winner) and drummer Brian Tichy (Foreigner / Whitesnake / The Dead Daisies) decided to finally collaborate on some songs together.  Having run into each other over the years on various projects and tours, the two knew that given the chance, they could come up with something pretty special. After drafting in Tichy’s bud, Los Angeles based Daniel Spree, on bass the trio was complete.

The result is a set of exciting, soulful and earthy rock songs that tips their hat to the classic rock bands of yesteryear, as well as looking firmly to the future.

With the release of their 2020 EP “Tear The Sky Wide Open’ the world was hit with the pandemic, throwing, life and everything performance wise into disarray. Like so many others, they were forced to take a step back. However, the future is much looking much brighter and with their debut album in the works along with the thirst for new music and live shows, Silverthorne will arrive better later than never.

Frontman Pete Shoulder and Drummer Brain Tichy granted ‘Behind the Lens’ an exclusive interview, here is what they had to say…

You’ve really caught the attention of fans and critiques. How would you describe Silverthorne as a band?

Pete: I’d like to say we take the best bits of rock music from the late 60s,’70s and ’90s and add our own little modern day twist on it. Dark, heavy and soulful songs.

I understand you guys met whilst The Union was touring with Whitesnake back in 2011. How did you make the leap to forming Silverthorne along with Daniel Spree on bass 8 years later?

Brian: Pete and I met back then but didn’t keep in touch. Many years later we both became part of a new project with the DeLeo brothers from Stone Temple Pilots.

They didn’t have a singer for STP and weren’t sure if they’d find someone.

So we all made an LP. Sometime after, the right singer came into their fold, and they had to make a decision. They chose to move forward with STP.  Pete and I were bummed but we totally understood as they’ve had great success and dedicated their lives to STP.  After working and hanging together, Pete and I became fast friends cut from the same cloth and thought we could try something on our own. So we got together, wrote, recorded and from that came Silverthorne!

How have you stayed sane during the pandemic up to now?  It must be frustrating, especially for any new formation?

Pete: Yes it’s been very frustrating having all gigs and sessions cancelled, especially with Silverthorne being such a new band. We had such a positive reaction from the EP that we released at the start of 2020 we were looking forward to getting out there and making our mark with it. We’ve remained creative throughout this period though, working on songs remotely via email/Skype etc and we’re getting good results… despite it taking much, much longer than it would if we were in the same room.

You just mentioned your 2020 EP ‘Tear The Sky Wide Open’  which is brilliant. I think It shows off Silverthorne’s diversity in a nutshell… When can we expect to hear news of a debut album, if so, is there anything you can tell us about it?

Pete: We’re working on it now. We’re just coming up with stuff that excites us and seeing where it takes us. It’s going to be a great hard rock album with a few twists and turns here and there.

How do the logistics work for a transatlantic band when it comes to creating music?

Pete: Well pre covid it wasn’t a problem, I’d go to L.A and stay with Brian for a while and we’d just work on songs all day every day, then after a few weeks, we’d have loads of new songs finished and recorded.

Pete, you’ve fronted previous bands such as Winterville, The Union and including your solo work. how exciting is it to come together as a new band, and does your creative approach ever change when doing so?

Pete: I’m really excited about Silverthorne and what we can achieve musically because I feel that we could really do anything we want to do. There’s a definite chemistry that Brian and I have when we write and play together that is very rare to find I think. The creative process doesn’t really change, to be honest, you’re still doing the same things… trying to get a song into shape… but the results are always different depending on who you’re working with. I feel that with me and Brian, every idea that is presented is made better by the other person.

Brian, you’ve featured alongside some of the biggest names in music from Whitesnake right through to Ozzy Osbourne. During a gig, do you think the drummer is often overlooked when it comes to live photography?

Brian: Well by default we aren’t the easiest ones to see on stage, being in the back surrounded by drums. But regardless, there is no shortage of great live drummer photos!

Brian: Yes. They can capture powerful images from a live show. Who doesn’t love a great action packed rock photo!

During a gig, what are your thoughts on the first three songs and out’ rule for photographers?

Pete: I always felt that was a bit unfair!!! I would have no problem if they shot the whole show

When performing, are you conscious of the photographers in the pit?

Pete: I do see them, but to be honest I don’t take much notice of them as I’m pretty busy myself! They certainly don’t distract me

Do you pay much attention to any shots you see of yourself or the band on the internet?

Brian: We pay attention to a certain extent because it’s always nice to come across a good photo. But these days, there is no real way to control all photos that people put on the internet so you can’t bug out on it.

With that, it is important to use the best ones on your own social media.

Brian: You look for photos that you don’t look bad in! Ha! …

Would you rather see one amazing’ shot of your show or a few ‘good’ shots?

Pete: Well it’s good to have as many good shots as possible, but sometimes one amazing shot is worth a hundred good shots.

What’s your thoughts on the smartphone generation during a performance?

Pete: I’m not much of a fan, to be honest. I find it a bit strange to look out in the crowd and see people watching the gig through their phone screens! It also ruins any element of surprise on a tour, like if you’re trying out a new song it’s instantly uploaded to the internet for all to see.

If during a tour or on an AAA pass, do you prefer your photographers to get involved in the action or keep their distance both onstage and behind the scenes?

Brian: It depends. Sometimes you specifically want a photographer to be around for the behind the scenes stuff, and other times you just want the live show or photoshoot as the focus. As far as “getting involved in the action”, yeah, if they are there and can capture some cool stuff while not, more or less, affecting the activity, great!

Brian: It’s all about personalities and how people interact and get along, like anything.

One photographer might jive nicely with one band or artist, while not working as well with another. The photographer just has to do his thing and see if works with the band.

Brian: There are many. We are brand new and would love to open for a ton of bands.

We aren’t picky! Ha! It would be amazing to open up for any of the biggest bands ever, as well as our favourites. Just to be given the opportunity to open for a huge band or a band you respect would be amazing.

From your perspective, do you have any advice for anyone who may get a chance to shoot a Silverthorne show?

Brian: Not really. Get the good shots, kick-ass at your craft and be cool!

What’s next for Silverthorne?

Pete: We’re going to finish up working on our album then hopefully get out and tour it when things get back to normal. We’re waiting to see what happens with the whole covid situation before we decide on a release date because we want to be able to promote it properly 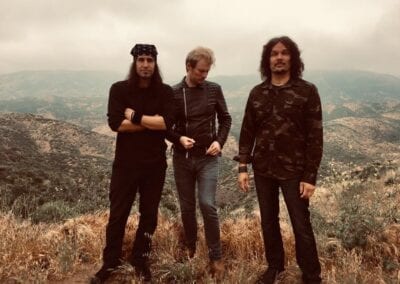 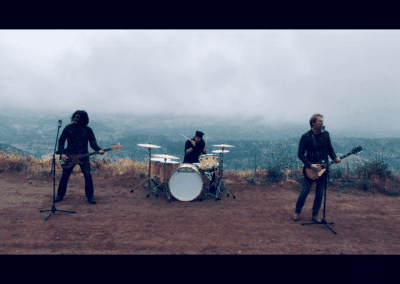