Late Night Legacy, full-bodied, anthemic Alt-Rock soaked in hard rock riffs and modern beats. The band are no strangers to the industry. Cutting their teeth touring the UK festival and club scene, the band have made a name for themselves with their signature melodic guitar work, unforgettably soulful vocals and wild on-stage antics.

Influenced by the likes of  ROYAL BLOOD, BRING ME THE HORIZON, THE HUNNA & FRANK CARTER & THE RATTLESNAKES The band have spent five years developing their sound and now with the backing of Management in Forge AMP and incredible award-winning producer Dan Mizen. With a new lineup in the form of Matt Exton and James Iain Clegg in 2020, along with founding members Ryan Kitto and Robert Orange, the Late Night Legacy boys are ready to take it to the next level.

2019 saw the band release BLAME, a hard-hitting Alt-Rock single which sold out in HMV on the day of release and is now at Over 85,000 streams on Spotify.  The next release came in the form of Crystal Blue which received national radio play four weeks in a row on KERRANG! Radio receiving praise by the legendary Alex Baker saying “What a TUNE that is!” when premiering the track on air.

I first came across Late Night Legacy 5 or 6 years when they played the 360 Club in Leeds, and we’ve remained friends ever since. I’m often called upon to cover their live gigs and in regards to promo shoots, I’ve often considered them to be amongst some of my best work

For anyone being introduced to your music for the first time, how would you describe Late Night Legacy?

Like royal blood, if they had more band members/instruments… and played totally different music!

Which one of your songs would you recommend to listen to for a first timer?

Crystal Blue for sure, that’s the direction our new songs are going, energetic, high tempo alt-rock. If we listen back to our tracks in the studio and any part of it hits us in the face or gives us tingles and visions of smashing it out on a festival stage we know we’re on the right track.

Although Beat Up is STILL a fan favourite after all this time!

How have you stayed creative during this extended ‘downtime?

We’ve tried our very best man, although any form of live music has completely alluded us since march 2020 (Cheers Bojo) We are still managing to write and record from our individual bedrooms and pass ideas and tracks around. It’s actually been really cool to sit back and hear all our unreleased tracks and ideas before we commit to recording them as singles. Hopefully due to all this fine-tuning, anything we do put out post lockdown 3.0 will be our absolute best yet!

I’m actually learning to tattoo as well so that’s been a very creative outlet for me to draw again, maybe a new band logo/merch on the cards too.

What inspired you to write and perform music?

I was always fascinated with rock bands from a young age, particularly the on-stage energy and persona of lead singers and lead guitarists growing up, Ville Valo from H.I.M, Phil Anselmo and Dimebag Darrel from Pantera, Brandon Boyd from Incubus and I remember just how much fun it all looked! This was their job?! They also seemed so at one on stage, just connected as human beings with the same passion & goals, I wanted that for sure!

I think local rock nights growing up helped massively. In my teens there was a huge underground rock scene in Cumbria and rock nights were THE place to be, get smashed at the weekend, swing your hair around and jump in a mosh pit with your mates, I started my first band waaay back then and never felt right in life if I wasn’t part of a band or at least have something music orientated on the go.

As for writing I just tend to think of really sad or powerful memories in my life and the words just fly out.

We’ve had so many different ways of writing songs over the years, we don’t tend to have a set pattern to kick things off. Sometimes it will start from something myself and Rob wrote on acoustic guitars and bring to our practise room… other times it just starts with a guitar/ bass riff or melody from any one of us. The big difference with bringing Matt and James into the band is that they get massively involved in the writing process, on countless occasions they’ve said “play it like this instead” “can you try holding onto that note for longer” or even throwing new vocal melodies and ideas into the mix! I’ve never experienced that before and it does make a massive difference to the final product, as does Matt singing backing vocals! Chorus’ just sound waaay bigger these days.

Your last single, ‘Sunny When You’re Gone’ and video look and sound very different to anything you’ve done before, what inspired that shift?

Basically lockdown part 1 lol We had no ability to record new music as a full band as we’d only just taken on Matt and James but we needed something to work on and release in the interim. Myself and Rob performed a live acoustic set for a Facebook group called ‘Rock the Lockdown’ back in April and we performed an old demo of ours called Sunny but I just chose to sing the chorus’ completely different to the original way and our fans loved it! Rob did too so we had a conversation there and then basically agreeing that we should head back into the studio and change the whole vibe of the song, we re-recorded bass, acoustic guitar and drums with the help of our producer Dan Mizen and DALMAS drummer George Farrar.

As for the video, we were again limited due to coronavirus restrictions, so I ended up using some amazing footage shot by Cotton Bro in St. Petersburg Russia. Both stories are from totally different shoots but I arranged and edited them in a way to tell a completely new story. Hopefully, the message of the visual story is clear? Or maybe not.

Would you ever consider collaborating with another artist or band?

I would love to collab with another artist! We’re actually looking for a female vocalist to collaborate with on an upcoming track, so If there’s any out there that wants to be involved give us a shout!  I have a few names in mind but haven’t actually asked them yet, so I’ll keep you posted.

As an unsigned band, what’s the biggest obstacle you’ve had to overcome?

Everything creative wise just comes so naturally to us and we do have so much fun in every aspect, practise, touring, writing, recording. Unfortunately everything costs money in this industry, especially exposure and trust me, it isn’t cheap. The longer we’re in the game the more our eyes have been opened, I just wish ‘higher up’s’ in the industry took more chances with new bands, I’m pretty sure if The Beatles showed up for the first time right now I don’t think they’d have a chance.

What has been a highlight for Late Night Legacy so far?

Gotta be headlining Monmouth festival to over 8000 fans and having a queue a mile long of fans wanting to buy merch or have anything signed… Nothing has come close to that one yet.

How has your performance evolved over the years?

So so much in every aspect. I used to be like a caged animal before going on stage, wanting to go harder every show, jump from the highest point I could find, swing my hair until my neck hurt for days!  Now we are just so much more invested in the music and the performance as a whole, still high energy visually on stage don’t get me wrong but the shirts stay on longer now.

What has been your most memorable gig?

I remember them all for different reasons but Camden Rocks was a sick weekend, as was Kendal Calling riding VIP in The Libertines bus and being driven around the field in golf carts, so many funny and special memories.

Oh, 100%… Obviously “image” has always played a huge part in the music industry, often seems more important than an artist’s actual music these days *no names in particular. But in terms of connecting with fans via social media etc. It’s a great way to 1. keep everyone in the loop and feel part of the LNL family and 2. Communicate your sound/style of music with totally new artists.  I know if I see a cool shot of a guy swinging his guitar above his head with a face full of emotion I will be checking out that band!!! The same if the press/promo shots are right, it can literally make or break that band!

Anything that just truly represents us as a hard rock band, a group of 4 genuinely close mates or a shot that makes us look like the biggest band on the planet is always good. Shots that look “pro” also make a huuuge difference.

Would you rather see one ‘amazing’ shot of your show, or a few ‘good’ ones?

Always quality over quantity for sure!

During your promo shoots, do you take any creative control, or do you trust the vision of the photographer?

Not particularly, in previous years maybe but we have TOTAL trust in our photographer, I think you may actually know him mate? ?

From a style/clothing point of view we do plan out what we’ll all wear over whatsapp before the actual shoot though, just makes sense!

How do you market yourself?

Via every avenue we can, we could deffo do with a team that does that for us if you know of anyone though…?

What’s the best advice you’ve been given?

You miss 100% of the shots you don’t take… Don’t give AF what anyone else thinks aaaand You’ve got to be in it to win it. I live my life by these three quotes lol

I know both Rob and I, would LOVE to open for Rival Sons, that would literally be the coolest support slot ever to land and to watch them from stage side would be sick. Frank Carter & the rattlesnakes, The Hunna, Bring me the Horizon, basically anyone huge on our scene right now would be mega.

What’s next for Late Night Legacy?

We have a brand new single coming out this March 2021 called PLASTIC HEARTS which was entirely funded by our fans during the first wave of the pandemic via donations and merch sales! We are eternally grateful for your support and hope we do you proud with this one! We’re also breaking out the piano in this one, not to be missed! 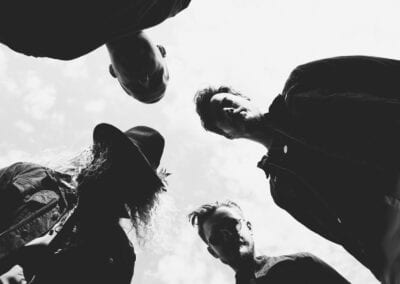 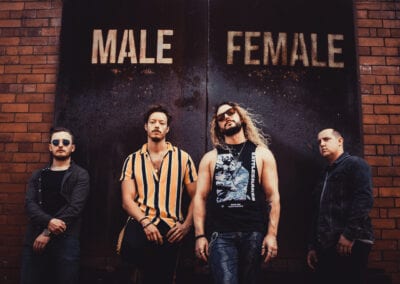 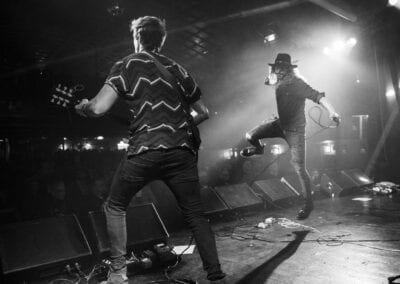 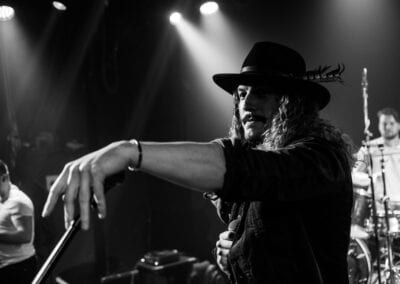 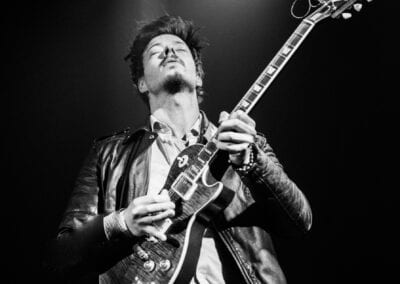 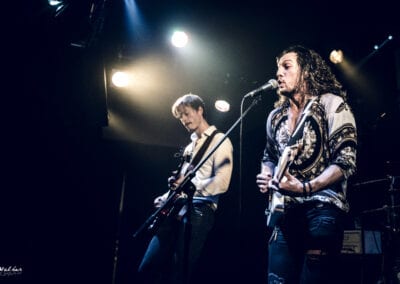 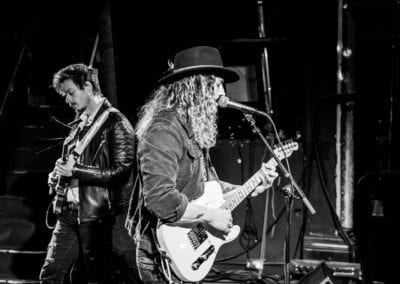 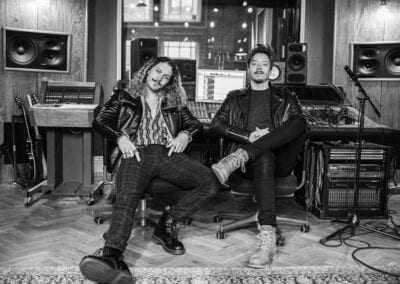